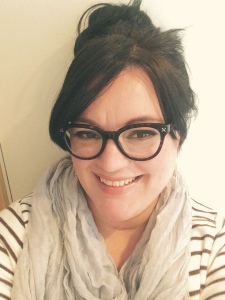 Currently I’m the Senior Copywriter at PicMonkey, a photo editing and design software company, and just before this I helped to build the Intuit QuickBooks Community as a Content Creator. There I wrote dozens of articles about entrepreneurship, small business and told the stories of fascinating entrepreneurs. Previously, I was the Executive Director of the Content Producers Guild, a non-profit media production company I founded to support the award-winning radio program I co-created, Kids These Days! as well as the work of other independent media makers. In another lifetime in Los Angeles I worked at actual print magazines like Ms. and Variety, and began freelancing as a fixer/field producer with the BBC and other international production companies which I still do sometimes.

I graduated from the University of California, Berkeley earning a degree in English Literature with a secondary focus in Chicano Studies while living in San Francisco. During college I worked a variety of odd jobs — not on my resume — but important to shaping my young self nonetheless: housecleaner, home health aide, video store clerk, script reader, apartment manager, swim instructor, assistant at the UCSF urology department and job coach to developmentally disabled adults.

I got to work with all these cool folks!